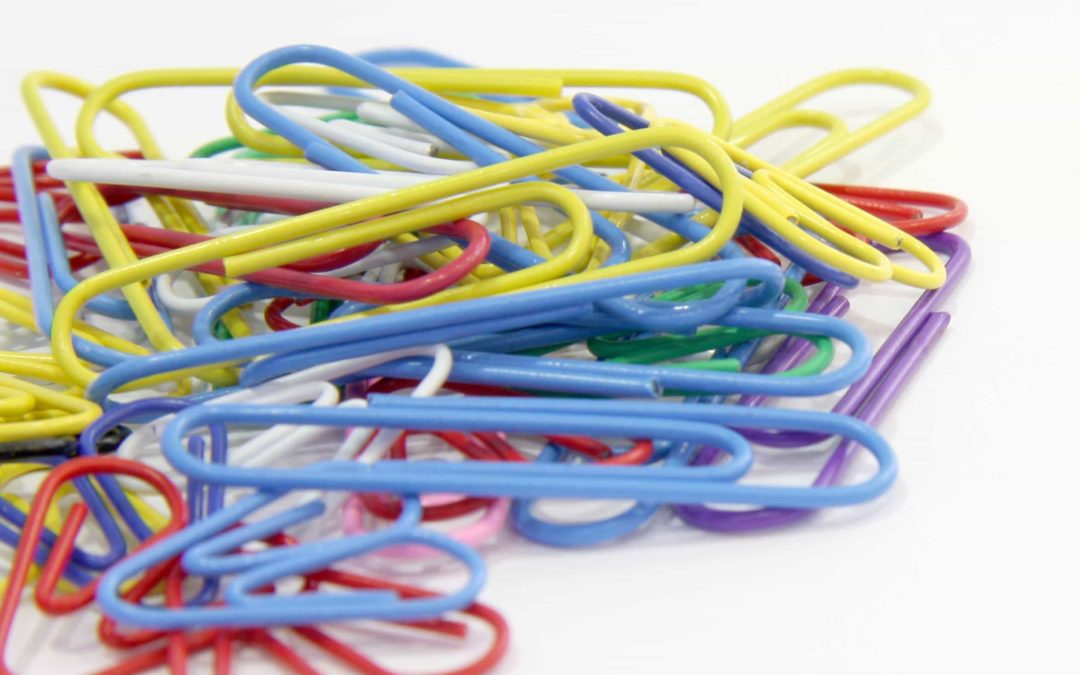 “What? We have to go out there during our lunch break and sell paper clips? You’ve got to be kidding us!”

This was the initial unanimous response from the group of undergraduates from the School of Computing (SoC) at the National University of Singapore (NUS) when I issued them a lunchtime challenge as part of a full-day training on Persuasion and Negotiation for their leadership programme.

This was what you missed out on 🙂

Inspired by Tina Seelig, Executive Director of the Stanford Technology Ventures Program and author of ‘What I Wish I Knew When I Was 20: A Crash Course on Making Your Place in the World’, I decided to run Tina’s paper clips experiment for my training, albeit in a time-crunch of an hour and 15 minutes during lunchtime.

The task for them – to maximize the value of the 15 paper clips they have on hand. Of course, value is subjective and up to the four groups of students to define.

The background story of the Tina’s experiment illustrates how she likewise issued paper clips to her students in her entrepreneurship class after she was inspired by the story of Kyle MacDonald who started off with a red paper clip in his hand and “upsold” or traded his way up to his dream house after a year.

Nothing short of amazing, considering the fact that these students had to do lunch and had only 15 minutes to conceptualize and strategize. As expected, the results could be easily laid along a spectrum.

On one end, a team came back to the training room with nothing more (or less) than the 15 paper clips they started with and feeling lackadaisical. On the other, one team up the ante and sold all paper clips for iced cold drinks and decided to sell drinks for cash instead. Although they didn’t manage to sell all the bottled drinks in their box, they had $5 cash in hand by the time was up.

More importantly, there were key lessons that I had learnt from the perspective of a trainer and facilitator for my training on Persuasion and Negotiation (which I later contextualized as Selling) and I would like to share them in this entry.

1. Without Action, there is little or no Retention

One of China’s most influential and famous teacher and philosopher, Confucius, describes this perfectly and succinctly,

“I hear and I forget. I see and I remember. I do and I understand.”

I had thought of conducting the training with my usual role-plays and in-class activities but I thought to myself, “Was there something more I can do as a trainer?”… “How can I stretch the boundaries so my students are able to internalize and reinforce the lessons taught?” Hence, the idea of running a lunchtime challenge was born.

There’s nothing quite like putting your flesh in the game and the debriefing presentations I got the teams to do after lunch illustrated that well. Those who pushed their personal limits and out of their comfort zones realized they could do wonders with what little they had and were amazed by their creations. Conversely, those who gave up when confronted with setbacks had room to reflect on what caused them to sell themselves short of possibilities.

Sure the challenge may be unnerving for some, but tension is what it takes for us to grow at times.

2. What if there are (can be) no precedence or benchmarks?

Just as the students flurried out of the doors the moment I said their time had started, one of them came to me and asked,

“Ben, what was the best result your past participants have created before?”

I smiled and told her that I would tell them after they were back.

The truth was that there were no past results I could speak of given that it was the first time I was running the challenge. Yet when the student returned, her team came in as one of the teams that took the definition of ‘value’ to a whole new level. They thought of relationships as real intangible value and went about connecting with exchange students on campus. In curiosity, the exchange students even asked,

“What module is this? I wouldn’t mind attending it myself”

Unknowingly, she had successfully sold my training to another student.

Now imagine I had told her the best result was $104 in net profits or that I had a group of students trading the paper clips for free lunches and hugs – sure it would have inspired them and gave them possibilities, but at the same time it would be akin to implicitly and subconsciously creating limits to their imagination and constricting their canvas for creation.

As an undergraduate back then at the Singapore Management University (SMU) doing projects, it was never uncommon for students to request for past project reports that had gotten an ‘A’. Our justifications? It was to allow us to understand what were the Professor’s expectations so we could likewise, get our As. Yet it also stemmed from a certain level of insecurity and uncertainty we had of our own abilities and willingness to commit even though the grading criteria were already clearly stated. Now, I finally understood the dilemma faced by my Professors especially in such situations and what stand I should be reinforcing as a trainer and facilitator.

3. There are gems of wisdom to be found along the journey, not just at the destination

In retrospect, I had failed to pick up on this as a learning and coaching pointer.

The team that had not done too well was quite obviously, not too high-spirited. In fact, as they saw the “loot” from the other teams, I noticed from their body language that they were slightly dispirited and perhaps, disappointed with themselves.

It showed up again when the other teams decided to come up all at once for their debriefing presentations but only one representative from this team came up to share the lessons they have learnt. The student rep shared that the main reason why they had not been able to maximize the value of the paper clips on hand was that they had spent too much time planning and not on execution. They had wanted to travel to another campus by bus where they thought would have more traffic so they could execute their strategy better but it did not work out and so, they returned back soon after. Worse still, it took them time to wait for the bus and commute as well!

Yet, I let the student off easily after he was done with his presentation and did not pick up on the “emotional deadweight” that was left lingering in the space.

I could have done several things at that juncture. One, I could have gotten the entire group down to the front and coached them further on what transpired in the 1 hour 15 minutes, for them.

Questions I could probably have asked were,

1. At which juncture of the challenge did you give up trying? Both as an individual and as a group?
2. What was lacking for your group to have done as well as you hope it should have? And how are you responsible for that?
3. Now as you look at your fellow participants in this training and results they have created, how do you feel about what you have created as a team?
4. If you could do this challenge all over again, how differently will you act?
5. What can you acknowledge yourselves for in this challenge?

Undoubtedly if I had gotten the entire group down and did a group coaching, it may get them slightly uncomfortable for being in the centre of the spotlight and for the “wrong” reason. But I could have made it right since I have already set up the context for the training as a safe and comfortable space to learn and fail.

Had I done the group coaching well, I could have picked on the “emotional deadweight” and that would have facilitated the coaching process and gotten the group to reflect both on an emotional and intellectual level. I could also have allowed the other teams to spontaneously come in and provide insights and encouragement and that would have expanded the level of openness and cemented their camaraderie on the group level. At the end, an upward emotional spiral could have resulted quite organically.

Training and teaching can be wonderful pursuits for there always lessons to take away even as an instructor or facilitator. When we can reflect upon and internalize the successes and failures we bring about in our training, we can then take our training to a whole new different level.

I have learnt many things in the process and I hope you will in yours too.