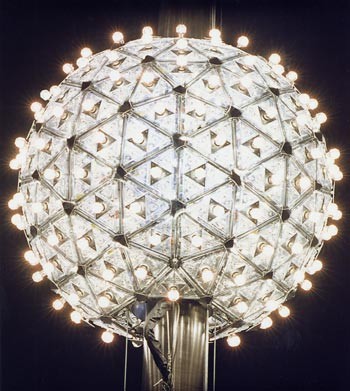 New year, as it suggests – that tinge of freshness and creation.

Aptly enough, the New York Times (NYT) published an article on the last day of 2011 about recycled resolutions and what that entailed for businesses. The gist of the article was about how businesses, especially in the fitness and wellness industries, are cashing in during the month of January. This is the period where consumers chart “big goals” of the year (like losing weight and quitting smoking etc.) and then commit to expenditure on gym memberships, instant weight loss programs, smoking cessation products; only to discover that those purchased products and services are under-utilized in the mid-later parts of the year.

What was most intriguing in the article was a case study that was shared,

In one study at the University of California, Santa Barbara, economics researchers gave students a handout on the benefits of exercise. Then they divided the students into three groups. One group was paid $25 to go to the university’s gym once during one week; the second got an extra $100 to go eight more times over the next four weeks; the third group got no money at all Even after the payment period expired, some students continued to work out.

Shocker: the students who were paid the most money hit the gym more than twice as often as those who got nothing. The researchers concluded that money might work as an incentive to help people move past thresholds so they can form new habits.”

Oftentimes when we go about drawing up new year resolutions, we often only think about how what we’ll give out but not what we’ll receive in return. Take for example,

Good decision if that $250 forms a significant amount of your annual disposable income and you’re conscious about what it means to you. Not so, if it doesn’t.

Yet, we are seldom aware of what we get in return – a overall healthier and more confident self, better first impressions, more opportunities in finding a date, social life, career progressions, lifestyle transformations, finding a date (did i say that again?) But point being, we don’t cast our sights far enough to see the “ripple effects” of a prudent investment of our resources, time included as a rare and scarce commodity. This happens because we sometimes lack the foresight and ability to gaze far into the future, but more often than not, it is because we do not consciously practise doing so.

Now on to the topic on Public Speaking, which is what this blog is dedicated to.

Have you considered what that one hour invested into speech crafting and delivery will mean to you in your life? Also, how will the “returns” from becoming a better speaker be related and inter-connected with other goals you may have in your life? Yes, in all areas of your life. Take some time and think about it. Connect the dots together and you’d be amazed at the tapestry that’s formed.

For those of us subscribed in regular speaking clubs like Toastmasters, have we stagnated as a speaker and leader and stopped endeavoring to move up the ladder towards our Advanced Communicator Gold (ACG) or Distinguished Toastmaster (DTM)? Are we attending Chapter Meetings for reasons different from those that had led us to join in the first place? Or have we stopped attending altogether?

For anyone who has committed to being a better speaker, how are you committed to getting yourselves on the stage and SPEAK? How much stage time have you accumulated in 2011 and are you satisfied with it? How different is 2012 going to be different for you as far as your growth as a speaker is concerned?

Perhaps equally, if not more important… 1st of January is a day for celebration and showing gratitude but it’s also one for drawing steadfast commitment to ourselves and what matters.

Above all, let those resolutions not be recycled again, in 2013.