The Cycle of Doom in Speaking 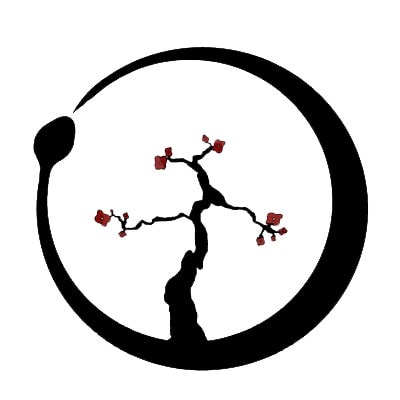 The session was an intriguing one in that the attendees threw out all the issues they were facing in the areas of small talk, sales and speaking. It didn’t come as a surprise that those who are currently playing the sales function has the “gift of the gab” and conversely, those who thought their roles were more structural and technical in nature felt they were “limited” in the department of relationship building.

However, what really was the highlight of the session was a conversation with this engineer, let’s call him Mr. P.

Mr. P raised up his hand with slight hesitation and after going on for a couple of minutes, the gist of his issue was that he felt he was not a good speaker as he “mumbles a lot”. Furthermore being a “support guy”, he finds it “difficult to engage in small talk” because he thinks he is “too technical” in his conversations.

The strange thing was that in over 3 minutes of his conversation, he was hardly mumbling nor was he speaking in incomprehensible terms. Sure he wasn’t the most eloquent in the conference room but he definitely didn’t have any obvious issues with enunciation, pronunciation and vocal clarity. When this was pointed out to him, he insisted that he was always mumbling and that made it even more perturbing for all other executives as they were struggling hard to find out what exactly were his issues with speaking.

When asked, “So who exactly has been telling you that you mumble a lot?”

He smiled embarrassingly and said, “My wife and my brother-in-law. They always say I mumble and don’t speak clearly so I always think that I have a problem with speaking.”

What is the lesson here?

The danger herein lies with this cycle of labels, confirmation bias and reinforced reality.

Labels – The “identity” that you continually play up to the world around. It perpetuates because this “identity” gives us and the people around predictability and certainty of who we are.

In other words, it is what and who you always say you are. Take for example, “I’m shy all the time”, “I am afraid of connecting with people”, “I’m a bad presenter”, “I can never present without a script in my hand”, “I can’t look at my audience in the eyes because I always get cold feet when I do so”

Notice how the choices of words you choose to tell yourself are absolute in nature like “never” and “always”.

In Mr. P’s case, the label that his wife and brother-in-law had affixed to him is that of “a person always mumbles”. To make things worse, he subconsciously resigns himself to it and let this label stick with him.

“In psychology and cognitive science, confirmation bias (or confirmatory bias) is a tendency to search for or interpret information in a way that confirms one’s preconceptions, leading to statistical errors.”

Confirmation bias causes us to take a lean towards our preconceptions. In most cases, you tend to find information that reinforces the labels that have been consciously or unconsciously stuck with you. Conversely, you tend to reject evidence of you being the “anti-label”.

Take for example, a shy person will constantly reinforce his notion of being socially inept and reject incidences whereby he has made slight breakthroughs in breaking the ice with strangers even if it may happen frequently enough. When prodded to look at the “facts”, you wouldn’t be surprised to hear him chant the likes of, “I’m not normally like this”, “It’s because the other person is friendly. If I meet someone who is more aloof, I will be my usual self” with much resignation and certainty

Mr. P’s confirmation bias kicks in when he remains oblivious to evidence of him speaking fluently without any hiccups. Yet, he insists of reinforcing the notion of him being a person who mumbles a lot.

Reinforced Reality – Quite simply, this is the self-fulfilling prophecy you create for yourself. This is the endless drama sequels, which you guilefully script, write, direct, produce and to top it all… act in with much pride and incredibly little or no awareness. This is the “story of your life”.

When a reality that you create eventually goes on to reinforce your label, notice your self-sabotage in play. Notice how you are complicit in this downward spiral.

In the case of Mr. P, if he does not take the concrete actions to stop perpetuating this vicious cycle, the theme of him being a “person who mumbles” becomes real, eternal and self-reinforcing.

The truth is that the cycle above can work both ways. Champions and high performers will seek to reinforce notions of them being “excellent” and “successful” and will not buy in to their failures because they are able to frame these incidences as forwarding rather than crippling. As such, they constantly build on their wins and better themselves.

What are the “labels” you affix to yourself as a speaker and in your life? How do you slather on more glue to these “labels” with your “confirmation biases”? What is the reality you seek to reinforce constantly?

In all, does this cycle that you’re riding on propel you upward and forward you to the person you want to be or does it tear you down mercilessly into your doldrums? The latter, I’ll call it… the Cycle of Doom.

What is the choice that you will make in all your consciousness to honor who you are and can be, with all the greatness that lies within you?

Make it in this moment.