What I Learnt from Regrets 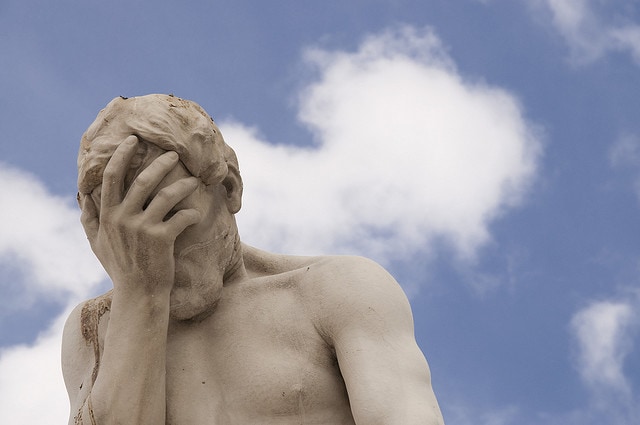 One of my mentors, Kelvin, once shared with me during a coaching session,

Too often in our lives, we look back at certain poignant junctures of our lives and the sentiments of regret surface – sadness, disappointment, or repentance.

It could be an opportunity we missed out on because we were not courageous or certain enough. Or a relationship that had meant so much to us but only to have us sabotage it because our ego got the better of us. Or it could also be that we screwed up big time and hurt the ones closest to us and we never got around to making amends because we believed they would understand and eventually forgive us.

There is much wisdom in living our lives backwards to seek answers to those questions that will guide us to living our lives forward. The gap in ‘regret’ is to remind us of how much more different and fulfilling our lives would have been had we acted boldly with that gulp of faith and that the emotions that make up ‘regret’ are to rouse us into action and not be our blankets of comfort to wrap ourselves tightly in a cocoon while we wallow silently in self-pity.

Regrets are inevitable for we are every bit as fallible and there are times, we still unconsciously give in. But, failing to learn from regrets is not. Perhaps what most regretful about regrets is being self-blaming, self-defeating and self-victimizing and not, acting upon what regrets were meant to teach us to do.

If regret is a teacher in our lives, I wonder… how many of us actually do turn to him (her) and act on his (her) advice?

Well, I sure know Alvin Lim did.

Having been rejected by the National University of Singapore (NUS) for a place to study Computer Science, he could choose to move on to greener pastures. Yet, he decided to handcraft a one-page spiel about his appeal to NUS.  He says,

I don’t know about you but in my four years of college, I haven’t seen many people seeing this four years as an opportunity (or many opportunities in disguise, for that matter) and better still, “starving” for it (or them). Whether he succeeds or not at his appeal, I think it’s immaterial and inconsequential. What I do believe is that his hunger and resolve would take him much farther in life than his peers and he has done what he could, with no regrets. In fact, I’d venture to even suggest that the rejection from NUS might just be a blessing in disguise. 🙂

As I round up this entry with much regrets (pun intended), I like to share one of my favorite videos that I often screen for my clients. It’s about the life of a Kiwi.

Kiwis, as you would know, are flightless birds for they barely have wings to fly. Yet this Kiwi has a life-long dream. That is, to fly like any other bird out there in the vast blue sky atop numerous sprouting trees.

At the end of his flight, this Kiwi knows he has no regrets.